When I first came to Kamas, Utah, I was excited about starting a garden.  The best person to ask about planting was one of the old-timers who had lived here all of his life.  I was informed that Kamas only has two growing seasons, winter and late fall.

Before marrying a local Kamas girl, Brenda Black, we visited her home in Kamas.  She told me that the winter weather was rather mild.  For the next week the temperature plummeted to 30 degrees below zero at night.  During the heat of the day the temperature reached 20 below.  When it finely warmed up to 0 degrees I went outside without a coat because it felt warm.

Now I too am finely a local resident after being in Kamas for over fifty years.  The rule to becoming a local resident is that when the last person who remembers you moving here dies you are then a local.  That person was Albert Wagstaff, a local dairyman, who died a couple of years ago which now elevates me to a local resident status.  Now I help newcomers to Kamas with their gardening questions.

When May arrives, it is time to plant.  Almost all the snow has melted, and it only freezes once a day.  In June my tomatoes question my planting calculations when the night temperature is in the mid-thirties.  My only hope is that the Farmers’ Almanac got it right.

When I purchase shrubs and fruit trees the varieties selected usually say arctic or Siberian.  Suppliers for farms and orchards in northern Canada sell stock for zones two and three.  These handle temperatures down to a negative 40 degrees.  With my apple trees ready for arctic conditions I can enjoy winter gardening all summer long. 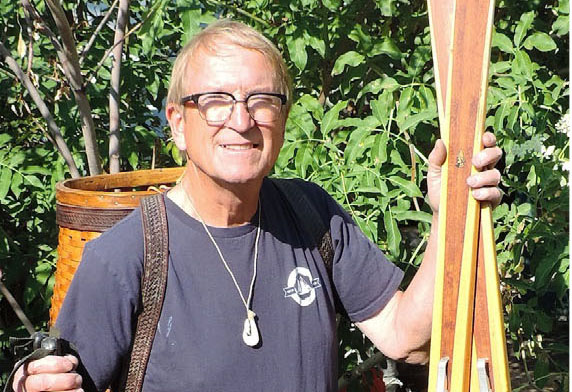 Happy Birthday, Utah!
Today at 3pm! Come try some festive treats and learn about some Christmas traditions
Saturday! Some holiday history and festive food! 3pm, Kamas Library
Today's the day!
The latest Kamas Valley Veterans video is up on the website: https://kamasvalleyhistory.org/2022/11/11/navy-veterans-of-kamas-valley/
Tomorrow! Learn about some of the unique ways Kamas Valley Veterans have served their country. 2pm, November 12th at Kamas Library
Loading Comments...
%d bloggers like this: